The Brave New World of Good 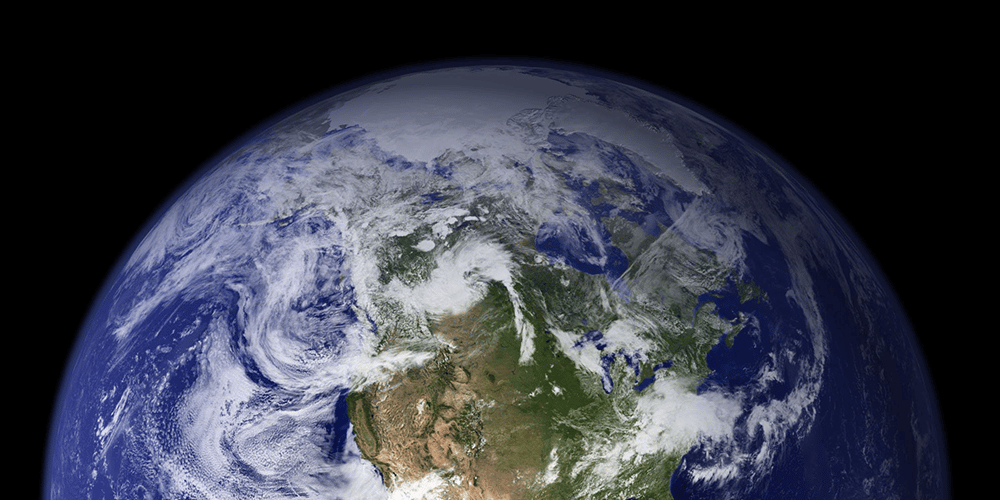 “O wonder!
How many goodly creatures are there here!
How beauteous mankind is! O brave new world,
That has such people in’t.”
– William Shakespeare

“Most human beings have an almost infinite capacity for taking things for granted.”
– Aldous Huxley

Welcome to the Brave New World of Good. Once almost the exclusive province of nonprofit organizations and the philanthropic foundations that fund them, today the terrain of good is disputed by social entrepreneurs, social enterprises, impact investors, big business, governments, and geeks. Their tools of choice are markets, open data, innovation, hackathons, and disruption. They cross borders, social classes, and paradigms with the swipe of a touch screen. We seem poised to unleash a whole new era of social and environmental progress, accompanied by unimagined economic prosperity.

As a brand, good is unassailably brilliant. Who could be against it? It is virtually impossible to write an even mildly skeptical blog post about good without sounding well, bad – or at least a bit old-fashioned. For the record, I firmly believe there is much in the brave new world of good that is helping us find our way out of the tired and often failed models of progress and change on which we have for too long relied. Still, there are assumptions worth questioning and questions worth answering to ensure that the good we seek is the good that can be achieved.

The potential of markets to scale good is undeniable. The most successful nonprofit and foundation efforts can only be replicated in multiple locations, while markets routinely attain regional, national, or even global scale. But even “philanthropic investment firms” like Omidyar Network, which was born out of eBay-inspired market zeal, have added outright grants to nonprofits as an essential part of their change strategy. Perfect markets exist only in economic theory. In the real world, avarice, corruption, politics, and power conspire to exclude minorities of all descriptions from their share of market rewards. Social policy and philanthropy, for all their faults, persist precisely because market booms benefit too few and market busts hurt too many.

Second only to “good” in terms of marketing genius is the concept of “open data.” An offspring of previous movements such as “open source,” “open content,” and “open access,” open data in the Internet age has come to mean data that is machine-readable, free to access, and free to use, re-use, and re-distribute, subject to attribution. Fully open data goes way beyond posting your .pdf document on a Web site (as neatly explained by Tim Berners Lee’s five-star framework).

When it comes to government, there is a rapidly accelerating movement around the world that is furthering transparency by making vast stores of data open. Ditto on the data of international aid funders like the United States Agency for International Development, the World Bank, and the Organisation for Economic Co-operation and Development. The push has now expanded to the tax return data of nonprofits and foundations (IRS Forms 990). Collection of data by government has a business model: it’s called tax dollars. However, open data is not born pure. Cleaning that data, making it searchable, and building and maintaining reliable user interfaces is complex, time-consuming, and often expensive. That requires a consistent stream of income of the kind that can only come from fees, subscriptions, or, increasingly less so, government.

Foundation grants are great for short-term investment, experimentation, or building an app or two, but they are no substitute for a scalable business model. Structured, longitudinal data are vital to social, environmental, and economic progress. In a global economy where government is retreating from the funding of public goods, figuring how to pay for the cost of that data is one of our greatest challenges.

Open-data purists frequently equate open data with innovation. Opening up data to as many brains as possible simply increases the likelihood that something creative, unexpected, and truly innovative will be done with it. We often hear about examples of transit apps, election fraud maps, early warning systems, and the like powered by open data-fueled innovation. But it is probably still too early to declare victory on what seems to be a positive trend, partly because we are invariably attracted to the new, exciting things that catch our attention at the moment. Meanwhile, most innovation that scales in the world is the stuff we never see coming because it is contained in patents purchased and protected deep within the intellectual property vaults of companies like Apple, IBM, and Google. We need to build ways to identify, track, evaluate, and communicate sustainable innovation to assess the true potential of open data.

Hackathons are the tool of choice for transforming open data into innovation. Talented programmers are turned loose, usually on a volunteer basis, to create something cool, useful, and good out of different data streams. This challenges traditional models where expertise is siloed within individual businesses or organizations along with all the tunnel vision and bottom-line pressures that can stifle true creativity. Hackathons are amazing, and the sheer brilliance, energy, and will of brainy programmers to do good is inspiring. But we should not kid ourselves. Relying on intense coding sprints by otherwise overworked programmers may be the “new necessary” in terms of tackling the world’s most pressing problems, but it is not sufficient. This highly qualified, high-value form of volunteering is fast becoming a key ingredient in producing lasting change in this brave new world, but seldom is it the entire recipe.

In the brave new world of good, disruption has practically become synonymous with innovation. For those aspiring to emulate the success of a Sean Parker or a Mark Zuckerberg, venerable businesses and nonprofits are often seen as “ripe for disruption.” What economist Joseph Schumpeter described as “creative destruction” has always been part of economic progress, as innovation in producing goods and services comes to replace old business models with new. But today, it is almost as if disruption is an end in itself rather than a means. Wait a minute: If we are busy disrupting businesses and organizations right and left, who’s going to pay the salaries and benefits of all the programmers required to turn open data into innovation through hackathons?

My favorite example of good is the social enterprise that calls itself just that, “Good,” and bills itself as “a community of people that give a damn.” It’s almost as if a Wall Street financial firm was to label itself “Greed.” I follow Good’s great infographics, enjoy its positive vibe news stories on my mobile news reader, and really don’t have anything against the company except that I don’t know much about it. It’s privately held and says nothing detailed about itself on its Web site; in fact, this is all I could find out about the company online. Oh, and Good has a dog-friendly work environment. That, in a nutshell, is my greatest concern about the brave new world of good – its lack of transparency.

For many who inhabit this brave new world, nonprofits and grantmaking foundations are associated with the old way of doing things. Nevertheless, we have a very good idea of what they actually do to create a better world because they are required to tell us in public disclosure documents. Those documents, the IRS Forms 990, though far from perfect, have served as the raw material on which entire information systems have been built by organizations like GuideStar, the Foundation Center, and the National Center for Charitable Statistics to classify, track, measure, and visualize how America’s more than 90,000 grantmaking foundations and 1.3 million nonprofits work on everything from adoption to Zambia. We know who’s on their boards and staff, where the money comes from, to which organizations it goes, and for what, where, and whom it is destined to benefit. Foundations and nonprofits may not be hip, but they are more transparent.

There is no comparable information source for impact investing, social entrepreneurship, corporate social responsibility, and the like. We have some data – rankings and ratings, standards, and partial information on impact investing – only some of which is open and, taken together, is nowhere near comprehensive. So, despite its enormous promise, we are left to understand this brave new world of good through spotty data, case studies, the occasional evaluation, and lots of anecdotes (aka “storytelling”). There is hope on the horizon in the form of Markets for Good, a nascent effort to create a kind of data and information “commons” for the social sector. Funded by – guess who, foundations (!) – and backed by some twenty organizations, we now have a platform to bring together the different data streams that enable us to begin to piece together the world of good.

Several years ago, a Google employee told me: “I want to map all the good in the world.” At the time, I remember thinking how monstrously naive that seemed (though if anyone could pull it off, it would probably be Google.) But today, I see that comment in a different light and find myself yearning for the same thing. If so much of the world is doing good, I want to know about it. I want to count it, measure it, and map it. Some will say – as they do of philanthropy – “I don’t care how much money is being spent on X, I want to know what’s effective.” So do I, but we all know that standardizing effectiveness is elusive at best. In the meantime, let’s follow the money. We know how much money the world is spending on pet food, weapons and war; let’s try to prove we’re spending more on the brave new world of good.

Do good – start volunteering your skills with Taproot+.