Meet the Roots: Wendy and David 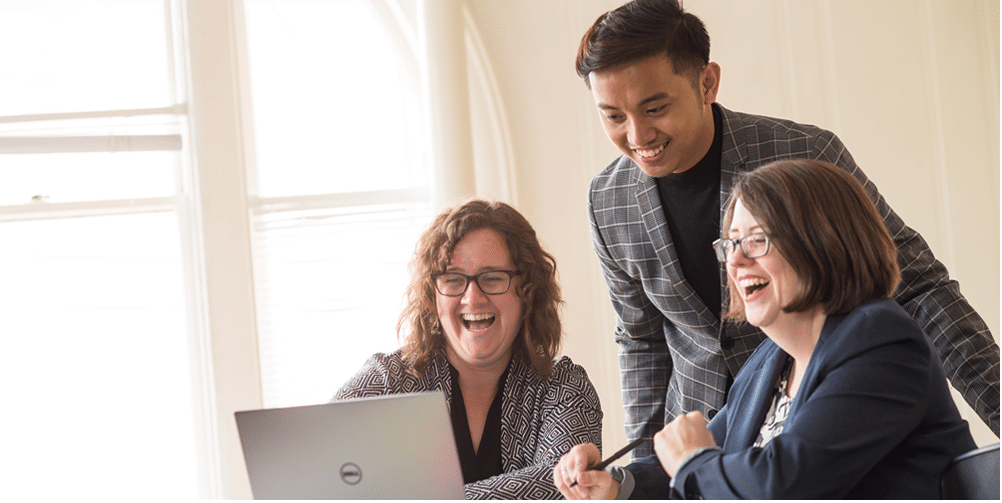 We’ve had the privilege of tracking the progress and impact our amazing pro bono consultants. But rarely do we get the opportunity to pull back the curtain and let you meet the playful professionals who help bring everything together behind the scenes. In a new monthly series, we’ll be sharing stories from our own staff and letting you know why we’ve decided to MAKE IT MATTER with our jobs at Taproot.

It was the fall of 2009 that I was really stuck in a rut at my previous job. I was serving clients didn’t excite me, and I was typically sitting in a room designed to hold three less people than we actually crammed into it. I was trained in business school but was truly passionate about working with nonprofits. I wanted to see the true value of my work.

I had only heard a bit about Taproot, but I did latch onto the buzzwords “business professionals” and “nonprofit” and said, “Hey, that’s me!” I didn’t know if a pro bono consultant position was right for me at my stage of career development, but there was an available AmeriCorps VISTA position. Work for “free”? No way. But I applied regardless in a moment of weakness, and my resume eventually got passed along to the development department. As an accountant by trade, I don’t quite understand how I managed to qualify for a position that requires extensive writing. But they called me anyways, and I was invited for an interview in San Francisco.

I made it up to the office and came into a large, open, collaborative space. I had never seen such a thing! People were chatting and dancing and truly having a good time at work. They stuck me in a room surrounded by windows, and I was terrified that everyone was staring at me. But I had thoughtful conversations with everyone, and it turns out they weren’t judging me – they were strategizing on how to engage with me during the interview process. These fun people were actually truly intrigued by how I could contribute to the organization. They didn’t care my background wasn’t perfectly aligned with the typical “development” professional, but they cared that I was in a position to develop myself. I left the office as a group of Roots were singing, and I knew this was a place that was truly passionate about the work it was doing and every single individual it touched–from nonprofits to pro bono consultants to Roots, everyone was working together to make it matter in this movement. 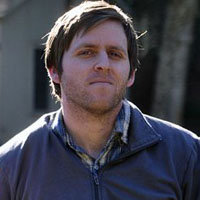 When I was working at a youth development organization in Oakland I heard the name “Taproot” bandied around several times. I always assumed it was a foundation that gave us money. One day, a group of pro bono consultants showed up at our office, and after the usual exchange of pleasantries, I turned to my boss and asked, “How did we ever find a whole group of people to design our website for free?”

“Taproot, dude. You don’t know ’bout Taproot? Yeah, man, they hooked us up a bunch of times.”

“We don’t pay anything?”

A few weeks later, my hours at work were reduced in half, and it became obvious to me that without a proportional reduction in rent, I would have to move on to a new position. It was during this time, September 2009, that my roommate was throwing a party and his girlfriend’s best friend happened to show up. I asked her what she was doing with herself after college, and she responded “I’m an AmeriCorps VISTA with the Taproot Foundation.”

I told her “I used to be a VISTA! And I love Taproot! Are they hiring?” To which she responded, “I don’t think so.”

But a few weeks later, I was sitting at home watching Maury Povich when I received a Facebook message from another friend. “Hey, you ever heard of Taproot? They’re recruiting for a VISTA Leader. You should apply. You know there are only so many qualified ex-VISTAs in the Bay Area–at least you’d get an interview.”

I applied and got a phone interview within two days. Over the course of two weeks of interviews, I learned so much about Taproot that I was too excited to even sleep. Truly this was an organization committed to finding new ways to promote social change. When Taproot’s senior human resources manager called to tell me I had won the job, I was planning on playing it coy and tell her I’d have to think about it for a couple days. Instead I found myself saying, “Yeah. I accept. I can do next week?”

Make it matter alongside Taproot staff members by signing up to give or receive pro bono through Taproot+.