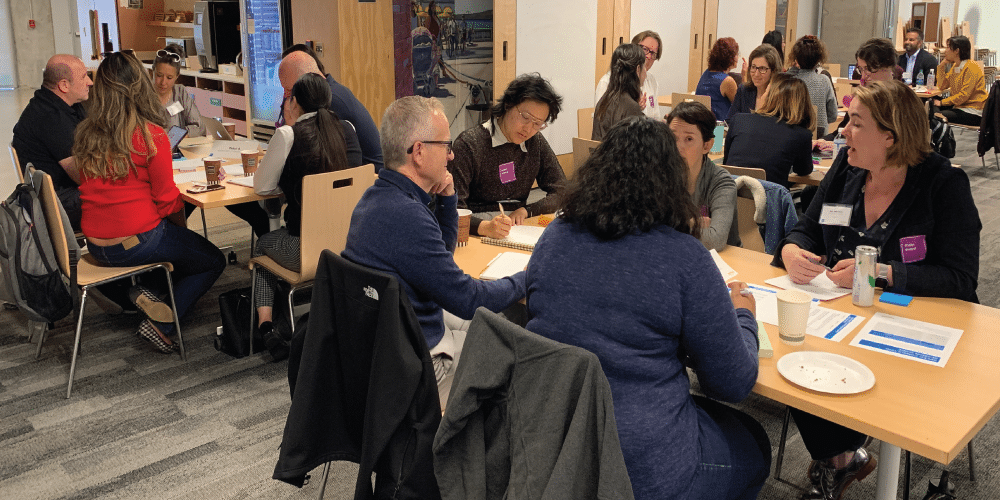 The second week at Taproot gave me the opportunity to have a detailed look at the American Pro Bono market. What I found most interesting is that there seems to be an astonishing contradiction: on the one hand there is general agreement among corporate grant makers and nonprofits alike that the value of the skills of the American workforce is immense. Therefore, the potential worth of pro bono services is huge. Nonprofits are also in great need of these skills. On the other hand, efforts of grant makers to provide pro bono, as well as efforts of nonprofits to seek it, are much lower, revealing an inconsistency.

Another insight was about how the recent economic downturn has affected the third sector and the need for pro bono. More than ever, people are in need of the services provided by nonprofits. At the same time, budgets in the third sector are under pressure. As a strategy to guarantee that services are still provided under these tough conditions, many nonprofits replace employees by skilled volunteers. From this angle, it would seem that efforts of nonprofits to seek pro bono have increased, narrowing the above-described gap between theory and practice.

Participating in one of the pro bono consultant orientation sessions held at Taproot, I learned that the estimated value of one hour of skilled volunteering or pro bono is worth 120$. This is still a rather conservative approximation compared to what nonprofits would have to pay for an equivalent service on the market. This is impressive evidence for how much impact pro bono can have.

Make your contribution to society by donating your skills and experience to nonprofits in need.