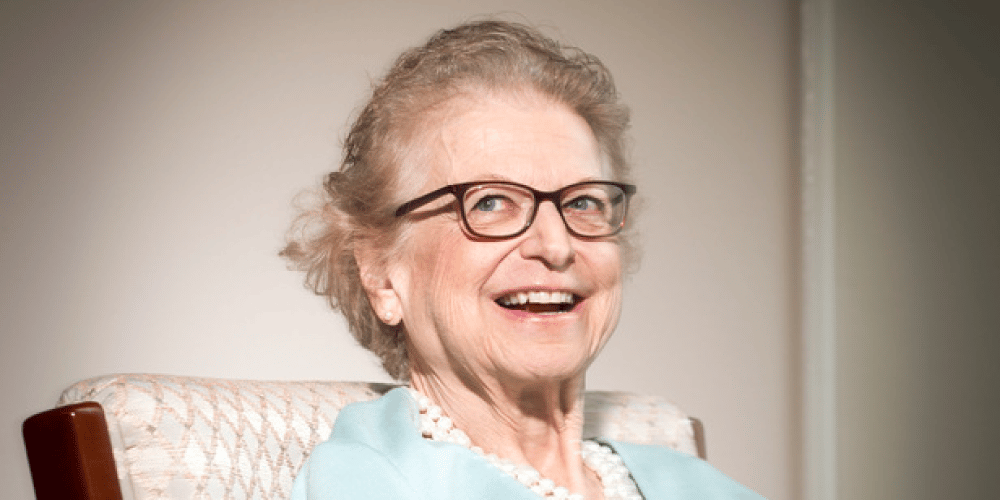 As busy as we all are, there are a few things that should always make us stop and reflect. This time, it is the news of losing someone so important to the pro bono field – Esther Lardent.

Esther Lardent was an early board member and critical inspiration to us at the Taproot Foundation, and we were saddened to learn of her passing away last week. What Esther did for legal pro bono service is what we and many others, both in the U.S. and through our network of global partners, are working so hard to achieve across all professions today. This week we are taking time to reflect on Esther’s contribution, not just to Taproot as a partner and member of our board, but to the entire pro bono movement.

In 2009, Taproot convened a Roundtable discussion of leaders in pro bono service to talk about advancing the pro bono movement by building champions of pro bono service inside corporations. We knew we weren’t starting from scratch because of the precedent of the legal pro bono marketplace, so we knew we needed Esther there.

I remember being very moved and inspired, both by her presentation itself and also by the direct line to action that we were able to take from it: the deeply engrained pro bono ethic we associate with lawyers wasn’t just always there; Esther shared that it was only about 15 years earlier when 12 lawyers sat together around a table having a discussion not unlike ours asking how can we make pro bono services more accessible?  It took someone, thinking the same type of thoughts we were thinking, to figure out the ways to accelerate interest into action, and action into a movement.  Esther was that pivotal figure, translating what had initially been a call to action by President John F. Kennedy in 1963 into a mutually reinforced “norm” among the legal community decades later. It had been her idea to push to get pro bono included in the criteria ranking law firms in the major journal of the time, creating a natural accelerant driving firms to compete to increase their pro bono service. And then later she had the foresight to also shift to make it the norm for legal departments within companies, too.

I spoke with Aaron Hurst, Taproot’s Founder and he shared, “Esther Lardent was a good friend and mentor. Her vision for pro bono service in the legal profession was the inspiration and became the playbook for all of Taproot’s work to expand our impact beyond our Service Grant program. Because of Esther, we took steps to inspire the creation of the Billion+Change campaign, helped hundreds of companies build pro bono programs, and toured graduate schools calling on emerging professionals to adopt the pro bono ethic. She was largely responsible for the spread of the pro bono ethic in the United States and one of the greatest Americans of the past fifty years. She will be missed but her legacy will continue for centuries to come.”

She wasn’t just the “Queen of Pro Bono” as everyone in the field so admiringly refers to her. She was really the mother of the movement in a lot of ways – strong, creative, talented, inspiring, tireless, good-humored and determined source that a successful movement needs.

This week, Taproot is hosting the U.S. Pro Bono Summit for the fifth year continuing to build the pro bono movement across professions, and will be dedicating our field-building discussions to her.  We remain inspired by you, Esther.