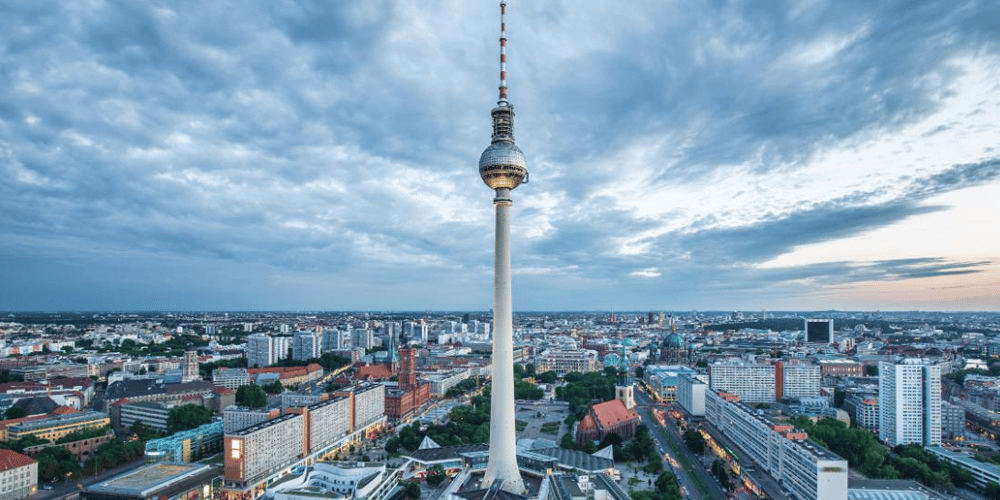 This blog was originally published on the BMW Foundation website, and is being republished here.

Ariana Gonzalez is the first Taproot BMW Foundation Fellow and recently worked for one month in the BMW Foundation’s Berlin office. As a fellow, Ariana is now looking at programs to support the global pro bono movement as impactfully as possible.

Entering the office on my first day, I could immediately feel the entrepreneurial spirit at the BMW Foundation. I met a start-up environmental organization, Wasteland Projects, that was utilizing the workspace the BMW Foundation offers to new nonprofit organizations as they prepare to launch their initiatives. Wasteland Projects, like past start-ups, were also allowed the opportunity to pitch their organization during the Foundation’s weekly team meeting with the Berlin and Munich offices.

It was also great to see the influence Taproot has had on the BMW Foundation and observe some of their practices incorporated into the organization – for example, the onboarding process: the staff noted this as unique to the BMW Foundation, an element that has shortened the time needed to fully understand the various functions of the Foundation.

With a more relaxed structure, the Foundation lives in a constant state of advancement.

As I spoke with the different departments and learned more about the wide portfolio, pro bono was apparent in some of the initiatives. Through the Impact Circles and Impact Sessions, the BMW Foundation offers Responsible Leaders the opportunity to support selected nonprofits with specific challenges. It was inspiring to see how pro bono is being incorporated into other programs, showing the impact the Taproot-BMW partnership has had not only on our Global Pro Bono Network, but also on the BMW Foundation’s approach to creating innovative cross-sector collaborations.

Although the cold weather persisted into my second week in Berlin, the warm hearts of the people at the BMW Foundation helped to take the chill out of the unusually cold May air. I narrowed my focus from their two overarching themes, Global Dialogue and Social Innovation, to better understand the programs and people within them.

An entrepreneurial spirit is not only welcomed but highly encouraged as staff are fully supported in their efforts to expand or morph programs. With a more relaxed structure, the Foundation lives in a constant state of advancement. This type of environment has led project manager Armin Pialek to develop the concept of networking partners as a way to collaborate with thought leaders like the Taproot Foundation in key areas of social innovation such as professional pro bono.

One thing that must be noted is the international mindset of the staff. Every staff member has lived abroad for at least a year, worked in a foreign country and added to their arsenal of languages (Latin America Representative Sandra Ortiz-Diaz speaks six different languages!). Coupled with the many language skills – including Chinese, Russian, French and Arabic – is the past work experience of staff members. At such a young age, project manager Ryan Little, who hails from Toronto, has already founded several successful companies, bringing almost two decades of experiences to the social enterprise and venture philanthropy areas of the Foundation.

In Berlin, everyday is “Bike to Work Day.” I always get a kick out of seeing a fully suited man riding his bike to drop off his child at daycare who is strapped to the seat behind, casually looking around.

My trip has centered on the exchange of not only information and ideas but cultures. Attempting to say German phrases never failed to get a laugh. Sharing small customs of Taproot has also been well received as I was able to play two truths and a lie, a fun initiating game for new Taproot team members, with several staff members during our daily lunch gatherings.

My third week in Berlin kicked off with a trip to Leipzig where I observed a panel discussion hosted by the BMW Foundation and the Institut Francais on how European integration can become more attractive again for the citizens. This trip afforded me the opportunity to take a closer look at the international relations efforts of the BMW Foundation. Thanks to the translation by communication and media department trainee Anja Hoffman, I was able to grasp the content of the discussion and gain a better understanding of the issues facing the European Union. Attending such an event helped me to better define the capacities of the political segment of the Foundation and will help to identify points of collaboration between the innovation and global dialogue themes.

Quickly following the Leipzig trip, I was back on the train heading to Hamburg to hear Aaron Hurst, founder of the Taproot Foundation, speak regarding his new concept called the Purpose Economy. A Responsible Leader organized the engagement, demonstrating the wide-reaching, powerful network the BMW Foundation has created.

As my visit came to an end, the Berlin team members and I were able to have a delicious farewell barbeque on the balcony of our building overlooking the Spree river, the German Bundestag, the chancellery, and the central station. Although my time in Berlin was short, and my goodbyes even shorter as I was literally running out the door to catch a train to tour the BMW motorcycle factory in the northern part of Berlin, I am left with a feeling of love and acceptance from the team. Their open hearts and eager minds allowed me to come away from this experience with fresh ideas on new ways the Taproot Foundation and the BMW Foundation can work together and creative possibilities on how to integrate pro bono into their other programs like social intrapreneurship.

Thank you, BMW Foundation, for being such gracious hosts and strengthening the bond between our two foundations as we bring the global pro movement to new heights.