Year Up is Powered by Pro Bono 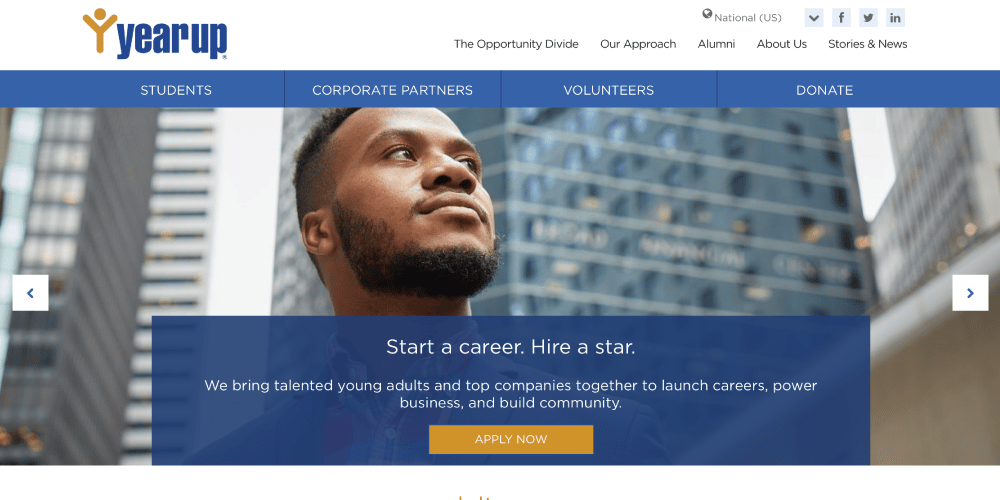 Year Up is a national nonprofit organization that works to empower low-income, urban young adults to go from poverty to a professional career in one year. Inspired by his experience as a Big Brother in New York City, Gerald Chertavian founded Year Up in 2000. Today, Year Up is one of the most successful nonprofits in the U.S.; they’ve worked with over 6,000 young people nationwide, and as of early 2013, will have sites in 11 cities. They also produce successful outcomes (84 percent of program graduates are working or in school full-time within four months of graduation), operate with a staff of over 300 people and an annual budget of over $40 million, and have twice been voted one of the top 15 nonprofits to work for in the U.S.

Gerald’s secret, at least in part, lies in his ability to harness pro bono resources from the private sector. “Pro bono played a significant role in the early years,” Gerald reflected. “Anyone who has been in the nonprofit sector knows that when you start up, you are ‘begging, borrowing and stealing’ to try and engage people who are willing to help you out.”