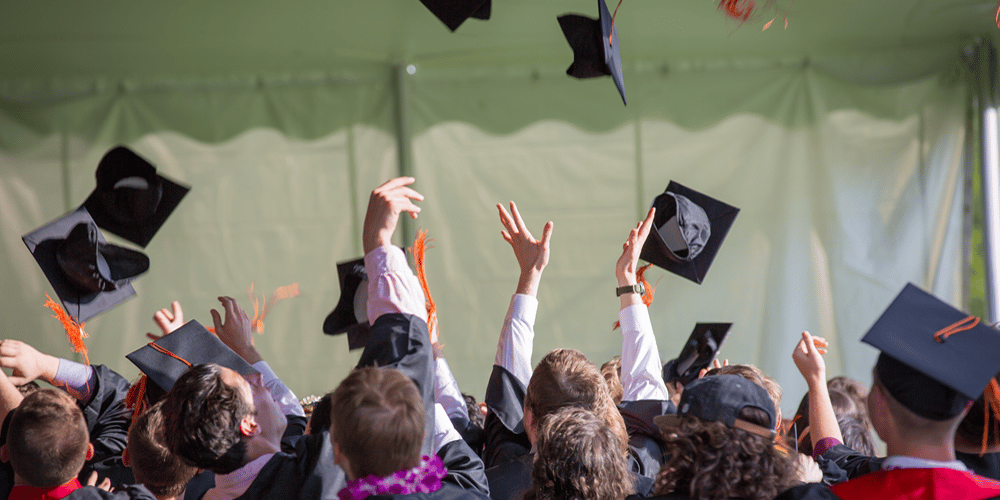 Shortly after graduating from college, I remember walking the streets of downtown Chicago and looking above at the looming skyscrapers. They seemed to reach up forever and came one after another after another. And in each window of each floor of each building were people who had something I lacked–a job.

The first job search is daunting, especially given all the media coverage about record unemployment rates. In reality, however, 95 percent of college graduates in this country who want work have found employment. You will find a job.

That isn’t the scary part; the real challenge is in choosing a career. Choosing a path for the rest of your life. Choosing your identity. Choosing how you think others will judge you and your success.

But this is an illusion.

You will likely be working for the next 45 to 50 years. Think about that for a second. For most of you, that is more than twice as long as your life to date, including your first few years in diapers. It is the same amount of time it would take to attend college twelve times. For all practical purposes, it is an eternity.

Very few people anymore have only one career over that span of years. In 15 years, you could go from entry level to CEO. Over the course of 45 years, you could work your way through three different professions — from, say, an investment banker to a celebrated Broadway actor to a rabbi. In 15 years you can accomplish almost anything, and you get at least three chances. It is kind of like a video game in which you have three lives. You can fail and still rebound.

Feeling inspired yet? Read the rest of Aaron’s commencement address to the Class of 2011 on his Huffington Post blog!