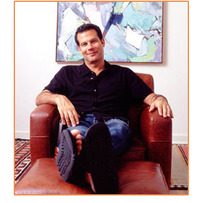 I recently finished Richard Florida’s new book – “Who’s Your City? “. He describes demographic trends that are concentrating the majority of creative class and knowledge workers in a very small number of mega regions that are all on the coasts (Boston – DC corridor, San Francisco Bay Area, Los Angeles and Seattle). He predicts that these mega regions are magnets for talent and the rest of country will continue to drain talent to these areas. This has paradigm shifting implications for philanthropy and pro bono service.

We are now accustomed to having economic diversification within regions. Cities have wealthy, middle class and poor neighborhoods. There can be a self-contained philanthropic ecosystem (money, knowledge workers and need).

This will always be the case to some degree as there is a need for a local service labor force. That said, if his predictions are accurate the ecosystem will be turned on its head. Wealth and knowledge will be concentrated in these regions with much smaller local community need. Other parts of the country will find a large concentration of need and little wealth or knowledge worker base to meet it. For those in the mega regions, quality of life will continue to rise and for the rest it will continue fall.

Based on what I read and have experienced, this prediction seems likely.

The most likely reason this tide would reverse would be that the mega regions become so wealthy that artists and other key parts of the desired culture of a creative class mega region are turned off by the homogeneity and cost of living. They start to resettle in Alabama, Oklahoma and Arizona where it is more “authentic” and affordable. The challenge, as Florida points out, is that these other regions have distinct personalities that are not based on open mindedness but rather status quo and authority. It would take a large infusion of pioneering creative class professionals to turn the culture in these regions to make them hospitable. It is hard to change the personality of a place as it requires changing the personality of a lot of people.

If we accept that this shift will continue and America will become divided, we then need to determine how to build the infrastructure to support this bi-furcated nation. This will likely be much like the current effort to lobby wealthy Americans to direct some of their philanthropy overseas. To many in New York and San Francisco, a nonprofit in Alabama may be as foreign as one in India. Many of the most successful international fundraising efforts are centered on philanthropic tourism and education via the media (e.g. Room to Read). This may be the same in our new divided American reality. We will need to convince a graphic designer to do a new logo for a nonprofit in North Dakota. This is no easy task.