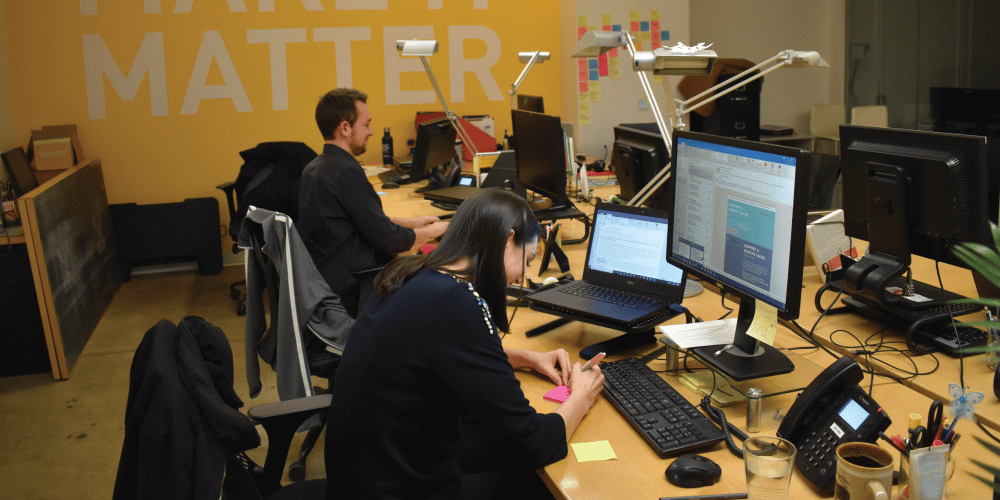 During Taproot’s summer retreat in Chicago last week I had the chance to finally meet Roots from all the five metro areas that Taproot serves. Having Roots, as employees are called at Taproot, based in San Francisca, LA, Chicago, New York and DC serves a very specific goal. Taproot is the national leader of the pro bono movement, but it achieves this goal by investing deeply in its local communities. Focus on densely populated urban areas has proven to be a prerequisite for high quality pro bono service as well; there is a critical mass of potential pro bono consultants with the relevant skill sets as well as nonprofits in need of their services.

During the retreat I learned about two organizations that serve thousands of Americans and rely heavily on pro bono resources. DonorsChoose.org is an online charity that makes it easy for anyone to help pupils in need. Founded in 2003, DonorsChoose.org has donated over $130 Million to schools across the country. Part of this success is due to the value of pro bono, which comprises 20% of their budget.

Little kids ROCK is another great example. Bringing free musical instruments and music instruction to public school children and engaging famous music stars and celebrities like Lady Gaga, they serve about 200,000 kids per year. LKR has an annual budget of $2.5 Million, and about 25% of it is pro bono. It shows that some of the most professional nonprofits in this country rely on pro bono service to expand their capacity to achieve their missions.

Want to know more about Taproot mission’s and values? Checkout our about page.