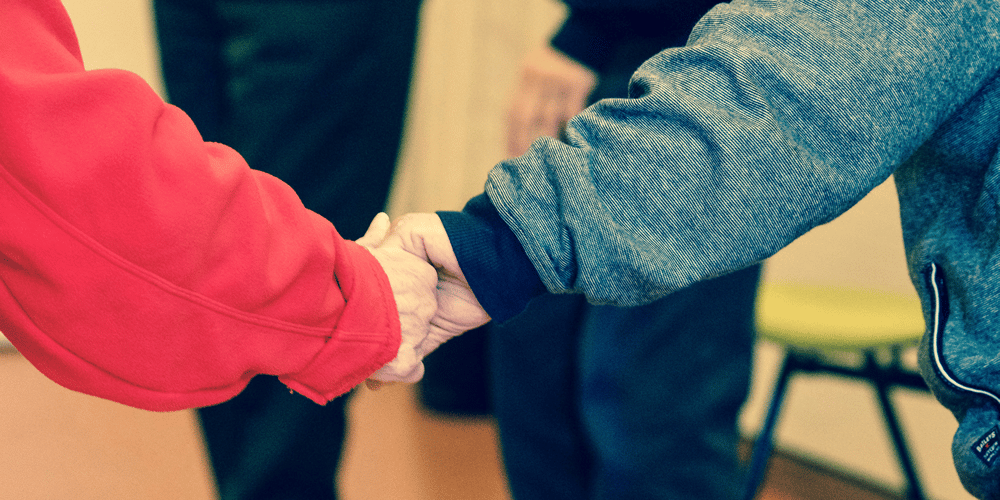 The beginning of a movement

It was a year ago last week that I posted a blog entry coining the term and concept of a Service Enterprise, a nonprofit that has “deeply integrated service into their work and their infrastructures and have thereby been able to radically reduce their cost structures and scale their work in new ways.” I conceived of the idea while serving as a task force member for Reimagining Service, a cross-sector coalition led by Gap Inc. Chief Foundation Officer Bobbi Silten that is driving a national dialogue about how to increase the impact of service, not just the volume of it.

The blog spurred a conversation about the possibility of corporate Service Enterprises, companies with service programs that are co-led by business executives, measure success via impact, and integrate service with talent management. We also reflected on the possibility that city agencies – schools, policy departments, parks departments and other government entities – might also be Service Enterprises that achieve outstanding results due to their integration of volunteers.

Are there really nonprofit and corporate Service Enterprises, and do they outperform their peers?

Pete York from TCC Group and Julie Quinn from Deloitte took the lead in conducting pro bono quantitative and qualitative research to explore the nonprofit Service Enterprise concept. Over the next few months the findings that emerged far exceeded our expectations. From TCC’s data, we learned: Nonprofits that engaged 50 or more volunteers per year and had strong volunteer management practices outperformed the rest of the sector in every measure of organizational capacity. These Service Enterprises represent 11 percent of the nonprofit sector. These organizations were able to achieve the same level of capacity as organizations for a third of the expense. The qualitative findings told the story of how these organizations operate and began to point to the path to developing a nonprofit Service Enterprise model. James Weinberg, CEO of Talent Initiative, led the team that investigated the corporate Service Enterprise theory. Based on interviews, they too found that there was a group of companies that had similar behaviors and appeared to deliver results that far exceed their peers.

On Feb. 5, we co-hosted an HR Service Summit with the Points of Light Institute and Society for Human Resources Management to explore our initial findings with 34 leaders and executives from both the service community as well as the corporate human resources sector, including companies like Time Inc., General Electric, Girl Scouts of America, Gap Inc., and American Express. The feedback from these leaders was encouraging and continued to confirm the value of investing in further exploring the Service Enterprise concept.

Based on this response, we recruited Frog Design to donate their services pro bono to host a design studio in April for a similar set of leaders to challenge us to think about what it would take to double the number of nonprofit and corporate Service Enterprises in the next five years. The studio curriculum was based on the book Switch , which provided a framework for how to amplify bright spots. The design studio generated a wealth of ideas, including the idea to create a diagnostic tool to help nonprofits and companies assess their effective use of volunteer service and begin to point to areas for investment.

The growing excitement about the potential for focusing the sector on increasing the number of Service Enterprises began to gain broader support. The Annie E. Casey Foundation provided some funding to support the work. Bank of America also soon got on board and funded the exploration of the potential for a Los Angeles-based campaign.

At the National Conference on Volunteering and Service (NCVS) in June, we were able to formally unveil all our progress, including the diagnostic tools generated with Frog Design and a set of principles, written by Bobbi that define Service Enterprises. The CEO of the Corporation for National and Community Service as well as the head of the White House Office on Social Innovation got behind the work publicly at the conference.

At the NCVS, it was also announced that Reimagining Service will finally get a dedicated staff member funded by Deloitte, Gap, Inc. and Bank of America. The position will report to a board led by Bobbi and will be housed within the Points of Light Institute. This will enable all this great work to really ramp up and realize its potential.

Over the summer, to get further resources behind the Service Enterprise campaign we worked with CaliforniaVolunteers to secure $400,000 from the Volunteer Generation Fund to launch a state-wide Service Enterprise initiative. This multi-sector pilot effort will help strengthen and develop capacity at local volunteer centers to manage skilled volunteers and provide support and training to partner nonprofits.

Simultaneously, we worked with Bank of America on the Los Angeles campaign. After conducting numerous nonprofit interviews, we presented the results to coalition members from the corporate, government, and nonprofit sectors to refine a collaborative, implementable action plan that combines monetary and pro bono support.

Next week, I will be heading to San Francisco to meet with our Reimagining Service leadership council to plot out our 2011 plans. Pete York and I are co-chairing the Catalyst and Outreach Committee, which is driving ongoing nonprofit and corporate Service Enterprise research and exploring the possibility of Service Enterprises in congregations (led by Jon Rosenberg of Repair the World) and schools (led by Lisa Spinali of San Francisco Education Fund).

It is amazing to see what has transpired in the twelve short months since the Service Enterprise concept was conceived. It has been an honor to work with so many great partners to make this happen and to witness the power to create catalytic change when leaders share goals and are committed to a movement.

My deepest gratitude to Evan Hochberg, Karen Baker, Michelle Nunn, and especially Bobbi Silten for making a place at the table for me and for our sector in this historic effort, and thank you also to James Weinberg, Julie Quinn, and Pete York for being such inspiring and challenging thought partners along the way.